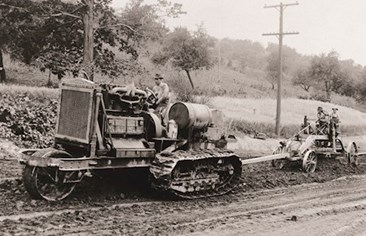 Over 100 years of making history.

The story of Barloworld Equipment began in 1902, when Major Ernest ‘Billy’ Barlow formed Thos. He then went on to create Barlow & Sons in Durban, South Africa. Since then, Barloworld has gone on to become part of a multinational brand distribution company listed on the Johannesburg Stock Exchange, and are the sole dealer for Cat machines in southern Africa, employing over 4,500 people.

Here’s a look at where our journey has taken us over the years:

Charles Sydney ‘Punch’ Barlow (Major Barlow’s son) negotiates the appointment of Thos. Barlow & Sons as the Cat® distributor for the then Natal and Transvaal regions

Work starts on our flagship facility in Isando.

The company (now named Barlow Rand Ltd after the acquisition of Rand Mines) successfully expands into Botswana and Namibia.

Our Tractor Division grows to 30 companies occupying 64 hectares of land, with over 2000 staff members.

We continue to increase our footprint when the Cat dealerships in Spain (Barloworld Finanzauto) and Portugal (Barloworld STET) are included in our operations.

We are appointed as the Cat dealer for Angola, Malawi, Mozambique and Zambia.

Southwest Siberia is incorporated into our dealership territories. This eventually expands into a dealership area of 9.8 million square kilometres, including Eastern Siberia, Yakutia and the Russian Far East, covering six time-zones

We enter into a joint venture with French cat® dealer Tractafric to form Congo Equipment, which becomes the Cat dealer for the Democratic Republic of Congo’s Katanga Province, a rich mining territory with enormous potential.

Barloworld Equipment officially opens its Customer Centre in Isando. The Centre houses marketing, sales and product support teams; conforming with our strategy to offer customers integrated new, used and rental solutions, together with a wide range of after-sales support options.

We invest R130 million in the construction of Barloworld Equipment Training Centre, now called The Learning Academy, situated at our Isando campus.

The Training Centre officially opens in 2009, providing skills training to hundreds of people.

We enter into a joint venture with French cat® dealer Tractafric to form Congo Equipment, which becomes the Cat dealer for the Democratic Republic of Congo’s Katanga Province, a rich mining territory with enormous potential.

The company officially opens the Barloworld Rebuild Centre (BRC) in Boksburg. The facility is the largest of its kind in Caterpillar’s global dealer network, established specifically for the rebuilding of Cat engine, hydraulic and drive trains.

A joint venture is formed with Electro-Motive Diesel (EMD), a subsidiary of the Caterpillar Group and Progress Rail Services Corporation, to form EMD-Africa.

Barloworld Equipment receives recognition by the MERSeta as a major contributor to skills development.

We acquire a strategic 20 percent stake in entrepreneurial technology company, Optron Group. Optron represents leading technology solution brands throughout the sub-Saharan Africa region, and the acquisition is a strategic one, enabling Barloworld Equipment to improve on product technology offerings to its mining and construction customers. 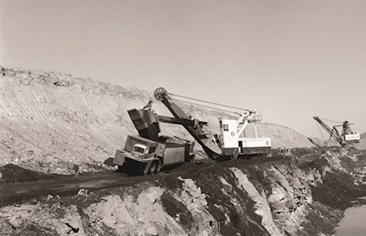